The Darwin Project is an online-only free-to-play battle royale game developed and published by Scavengers Studios. On January 13, 2020, it left Early Access and hit PS4, Xbox One and Steam as a full release.

The game was created using the Unreal Engine 4. Twitch or Mixer access is required to host games. Solo players will join via a match-making system.

Darwin Project takes place on a bleak dystopian landscape in the Canadian Rockies. A new Ice Age is imminent, and people need to learn what it's going to take to survive. As part-science and part-entertainment, ten inmmates are used in a Battle Royale style fight to the death. With the matchmaking system. players can join either solo or in a pre-made team. The map will reduce in size as the game progresses, forcing players closer to each other over time. The game ends when there is only one contender left. A player can also host a game and play as The Director. This role can move from player to player and talk with them, giving them hints, words of encouragment, or whatever else they choose to say. The player can hear them and respond if they choose.

At the beginning of the match, the players and The Director will be placed into a lobby. Players can shoot each other with arrows while they wait, but the attacks do zero damage. When the matchmaking is complete, the battle will begin. Players will be randomly located on the map which consists of 7 equal sized zones. One in the center and six surrounding it. Players will immediately need to start gathering resources to craft with. Wood is probably the easiest to find as there are plenty of trees at first to chop down. Players will also need to keep an eye out for Chests, Chairs, Electronics, and Deer as those all provide resources as well.

As the game progresses, the Show Director will nuke or close zones, forcing players together. Players will need to eliminate all enemy players to win the match. Enemies caught in a nuked zone when the timer reaches zero will be killed by the game. Players will also need to watch for lava pits as those are instant death as well. Falling or jumping from a high location may not kill the player, but it will reduce the players Stamina drastically.

Players can use electronics to build a teleport power to cross distances. They can also use a tracking ability to track other players. The Show Director can also declare a Manhunt on a specific player, making them visible to everyone else. A bonus reward to the player who completes the hunt and a bonus to the victim if they survive the manhunt timer.

The match ends when there is only one player left. For more in-depth information on gameplay, see How to Play Darwin Project.

Add a photo to this gallery 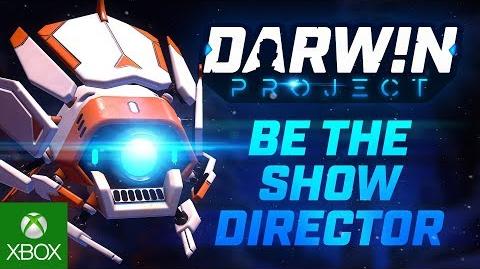 Darwin Project "Be the Director" trailer 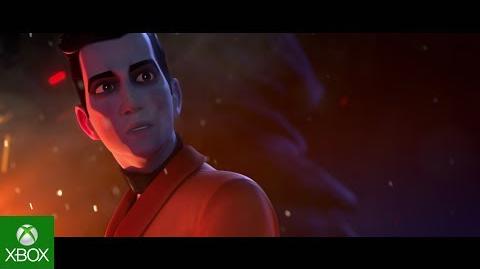 Retrieved from "https://darwinproject.fandom.com/wiki/Darwin_Project?oldid=1081"
Community content is available under CC-BY-SA unless otherwise noted.